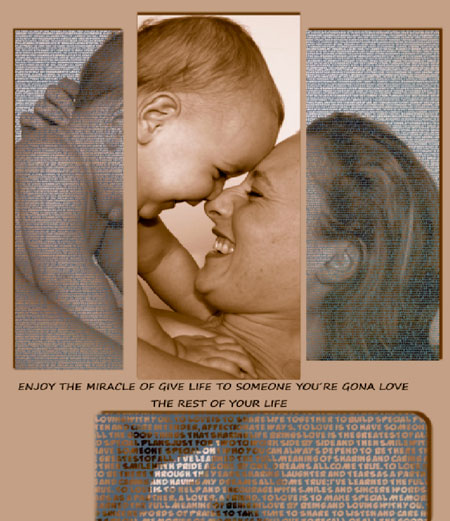 A long time ago there was a man who desperately loved a woman. He would call on her in the evening and they would go for long walks in the woods. One day he got a letter in the mail. It was the letter no one wants to get. Three weeks later looking handsome in his uniform he kissed his new bride and went off to war. They didn’t knew that they would convert that picture into text

For two years he wrote to his wife. He was not an eloquent writer but he wrote from the heart. Then, the man wrote about their hopes and dreams for their future. He dreamt about what their first home would look like and what they would name their kids.

Fate smiled down on the pair and he came home safe from war. As the years went by everything that the young soldier had written came true. They moved into a beautiful home they would raise their two children in. They had a boy and a girl.

The young couple and their two children enjoyed a good life together. It wasn’t a perfect life but it was a good life. The love they had for each other grew daily and sometimes the soldier’s bride would get out the letters he wrote and read them again.

Convert a Picture into Text

When the couple was older they decided to move into condo. Their kids came over to help them pack up. When it came time to pack up the letters the mother commented on how she knew one day the old pages may become too difficult to read and the pages may disintegrate. Then the words would be only in her mind.

The children knew they had to do something to preserve this love story. They secretly copied the letter and placed them back safely in their mother’s closet. A few months later on their parent’s anniversary the children presented their parents with a unique gift.

The soldier and his bride gazed in disbelief at a picture of the two of them on their wedding day. It was not any picture though. It was created of his words. The words he wrote to her and that she had so lovingly caressed throughout the years. Their love story would be now preserved for eternity.

Visit photo-to-text.com to see how you can preserve your family’s special story.