Whenever you think of that picture, it melts your heart. It is the pair of you in the backseat of the car as you drive away from your wedding. You are looking back at the gathered people and you love them all so much but right now all that you can think of is the life ahead of you. This is the one. This is the shot that sums up your entire marriage, your entire life together. Now you will see this portrait converted to words. 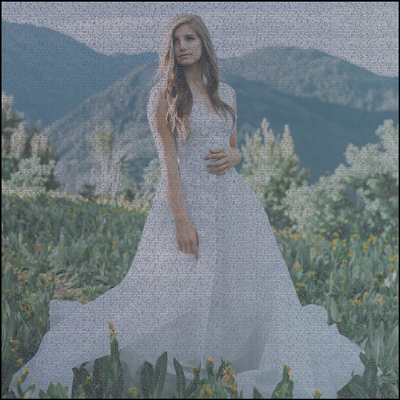 What words will you even use? Obviously love will be among them because you can’t believe how much you love this man and your new life, already. But there are other words that are going to be included. Your pic to text will share all the hardships. And the journey you have gone on to make it to this point. Your hard work together as you both worked on your careers and the late nights studying, quizzing each other. The proud moment when you each earned your degree and then later when you both were given the title of “doctor”. That word will definitely be included in this amazing portrait converted to words. But there are so many others that you may not be able to decide on which to use.

Should you include the man’s love for insane food concoctions? He makes foods from foods that do not even belong together but somehow they work for him. Should your pic to text say something about that? What about your own new obsession with skating competitions? Does your photo of love include those words too? You can think of nothing more now, just the words that are all running through your head whenever you look at this one, perfect, black and white photo.

The only time negative words ever come up are when you think of the people who call the shot staged or phony. Oh, how you used to seethe and fret about that.

Those words will never be included in your pic to text because they aren’t even true words. They were not true then and they are not true now. It was a lucky shot, a photographer at the exact right place at the exact right time. You just happened to both look back, out the window of that car just before it was ready to pull away from the big church.

Just after that photo was snapped you looked and spotted an unpopped bubble still sitting on the lapel of your new husband’s tux and it was the funniest thing you had ever seen. You know how glad you were that the photographer had not snapped that particular shot, your head thrown back, mouth open as you cackled and tried in vain to get it back together. Every now and then you think of that stubborn bubble and get a case of the giggles. This is the kind of love that the two of you have. This is the sort of marriage you had always hoped for.

You decide that stubborn bubble will make it into the list. Just because it will mean so much for the two of you. Other inside jokes start coming to mind and you are once again caught giggling at the things the two of you have said and done over these years. You are glad that you have shared all of these antics with this gentle, wonderful and funny man. They shares so many of your own passions.

Among the many jokes and all of the hilarity there has been plenty of seriousness too. There were times when you were both sure that you were not going to make it through medical school. And then when you made it, you were sure that you would never get to practice in the same state let alone the same city.

There was the birth of your child, a beautiful boy. His name will be included in the list of words, joined just recently by his baby brother. Your shock of being pregnant followed by what seemed like a blip of time before the arrival of the sweetest baby boy still catches you off guard. Your perfect little family will all be included in the words, the little scruffy dog included.

They all make your heart swell every time you think about them. Sometimes they are just too much and sometimes they are exactly what you need when life outside of your four walls gets too hard to bear. They are your perfect shelter through life’s many storms.

What amazes you as you gather your list of words is that there is not a single one that even hints at regret. There was a time when you were younger when you thought you were going to be nothing more than a career woman with no intention of wasting your time on love let alone being saddled down with a family. Now they are all that you care to think about. There are no negative words to include on this perfect, black and white portrait converted to words. There are only peaceful, loving words with an uplifting and positive note. You are where you wanted to be and you could not be happier.