When you have a special moment planned capturing the experience with photo to text allows you to put your picture into words and forever memorialize the memory!

He had planned everything to the last detail. Tonight, was going to be the night he would propose. It was going to be perfect. He picked her up at 8:00. He looked very handsome in his best suit. His shoes were shined and he wore a red rose on his lapel. When she came to the door he was blown away. She looked absolutely stunning. She wore a red dress, red was her favorite color, and her eyes shone with love. Her laugh was infectious and she held his hand as they walked into the restaurant. 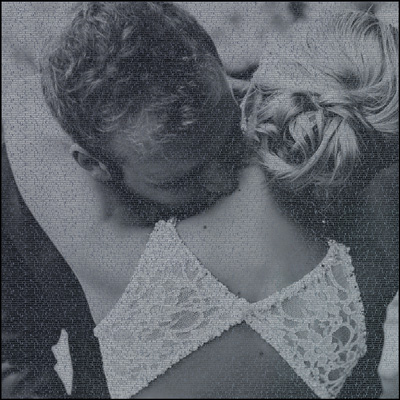 After dinner, the waiter brought out champagne. They held up their glasses to toast to good fortune and she gasped. At the bottom of her champagne flute was a gorgeous diamond ring. She looked up at him expectantly with those eyes he adored and he took the glass from her hand. He pulled out the ring and got down on one knee. He asked. She said yes! It was the perfect night he had planned it to be.

Put your Picture into Words

Later, whenever she would retell the story of their engagement to family and friends she always mentioned that she wished she had a picture of the moment to remember it by. Not that she was likely to forget! He would nod his head and say that he wished he had thought to bring a camera. Little did she know, he had a friend in the restaurant. His friend captured the whole thing both on video and in print. He could not wait to surprise her!

Their engagement party was a success. He watched her as she walked around the room and mingled with all the guests. Everybody loved her and he knew that he was one lucky guy. After dinner, it was time for toasts. He stood up and announced to the room that he had a special surprise for his bride to be. She grinned and looked up at him with a twinkle in her eye. She was completely taken aback and anxious to see what the surprise was.

The lights dimmed in the banquet hall and a screen came down from the ceiling. Suddenly, a picture of the restaurant where he had proposed to her came into view. He looked over at her and she squeezed his hand a little tighter as tears formed in her eyes. In front of all their friends and family, the engagement played. She couldn’t believe it! When it was over, he held up his hand and announced he had one more gift. She simply shook her head. What could possibly be better?

Beautiful Gift for a Beautiful Memory

Then she knew. He brought out a gift-wrapped box and handed it to her. She opened it and there was a beautiful canvas photograph of him proposing. Somehow, they had captured the moment right when she said yes! She held it a little bit closer and gasped! The picture turned into words and she could see the beautiful words he had chosen. There, on the same canvas that held their beautiful memory, were the exact words he had spoken when he proposed. Then followed by a resounding “Yes! Yes! A million times Yes!”

It was a beautiful gift for a beautiful memory and this can be your experience too. You can easily put your picture into words and create a personalized one of a kind piece of artwork that will look simply amazing hanging on your wall.

There are so many different choices when it comes to creating your Photo-to-text artwork. Like the man in the story you can choose an engagement photo as well as the words you proposed with. You could do your wedding photo along with your wedding vows. How about a gift for someone? Perhaps a picture of the grandkids for your parents. For the words, list each child’s full name and birthday.

You could also have family members right down their favorite memories of Grandma and Grandpa. New baby? You can use a beautiful photograph of the sweet baby as well as all the baby’s birth information, such as height, weight, etc. Not only does this art work look good hanging on your wall but it is the perfect gift to show someone just how much you care.

You can buy the canvas in one of three sizes and the artwork always ships ready to hang. We only use high-quality inks and canvases to ensure that you are getting the best product. You also have the option to purchase your new image as a .jpg file and you can share your creation on both Facebook and Twitter! So, get started now and see what memory you can preserve!