Whether it is a holiday or another type of special occasion, a personalized photo gift can be one one the best suggestions. Perfect for many people, these gifts can be used for people you know very well to people that you don’t know at all. Whether it is a friend, family member or a coworker, these gifts are always well received and very much appreciated. 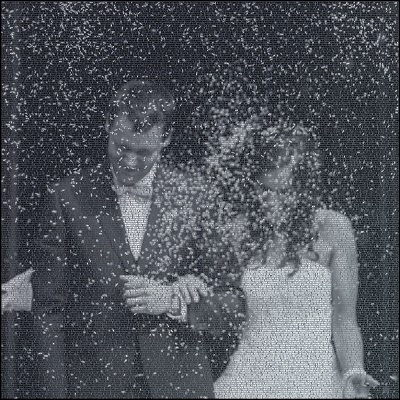 A local business was being sold to a much larger corporation. The man who had been the manager for many years. A man who had trained most of the older employees wanted to show everyone how much they had meant to him over the years. He searched a variety of catalogs and websites. Also small shops and larger stores looking for something that would be just right for everyone. He finally found an intriguing concept and decided to have a closer look at this idea. Creating a personalized photo gift would allow him to give something that would have equal sentimental value from one person to the next. It would be a gift that could be given equally without any regard to how long the person had worked for the company.

The man’s research led him to the website where the process was explained, step by step. The personalized photo gift would be a snap to make and he could order as many as he needed of the same one or make several different versions if he preferred. He settled on a group photo that had as many of the employees as possible. Then made a list of words including the business name. The dates of operation and other key words that he hoped would fit in with the group. He added words like “loyalty” and “hard work”. And also he used “joy” and “success”.

He wanted it to be positive and uplifting because the future was so uncertain for everyone. No one knew if they were going to be kept on when the corporation came in since large companies tend to buy up small ones and then dismantle them. There was also a chance that they would not like the new company’s policies. Or that the work schedule would not work for everyone. The man wanted the personalized photo gifts to be given at a lovely party where everyone chatted and ate too much. And danced and no one worried about a single thing. He wanted them to have that lovely memory no matter what.

The Perfect Gift for his Employees

The order arrived in more than enough time for the party. He put each personalized photo gift in a protective sleeve and then added a name tag and a pretty bow. He spread them on a table off to the side and helped the caterers work on setting up the rest of the party. The guests shuffled in slowly at first and then in large groups. They were curious about the envelopes on the table. The man directed them all to sit down because he had a short speech prepared. And wanted to get it over with so that they could spend the rest of the evening having a good time with one another.

At the end of his speech he urged everyone to come. And get some of the wonderful food and to come to the table some time during the evening to get their gift. Each person went to the table and found their name. Some were silly and put the bows on their heads. While others ignored the bow to go straight for the present. Slowly, they all fell silent as they looked at the photo and read all of the words.

They pointed out words to one another and relived that day in various ways. After that, they mentioned coworkers who were no longer there for one reason or another. They all choked up as they pointed out a favorite who had recently passed away. They all laughed when they remembered some of the man’s antics. It seemed like everyone had a story to share about this guy who had been quite a character.

The night was drawing to a close and people started leaving. Everyone made it a point to come and say a warm thank you to their host. Especially for the personalized photo gift with many of them. Already knowing where they would be hanging it and others excitedly talking about the type of frame they were going to look for. If there had been any doubt in the man’s mind that this was the perfect gift for his employees, it was gone. They loved it.