It’s the first song and it’s certainly not the last and when it’s combined with a photo that attaches you to that song, it’s a memory to carry on and on. Laughter and love is both held captive when caught in a song or a photograph. So, why not combine the two with song lyrics on photos? With a photo from a song lyric, you will not only hold on to the image, but you’ll hum in happiness, laughter, a tear or sadness.

It’s that song that stopped time and a song lyric on a photo keeps that moment in time on your wall forever. Song lyrics will make you sing in a grocery store and pictures will make you smile, laugh or cry. Combining the two for a special memory is the perfect way to hold on to an important time in life that you never want to forget and bring a memory to life every time you look at it. 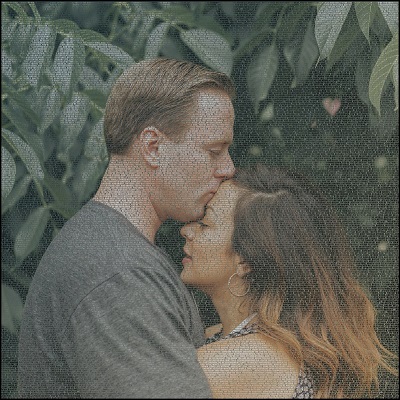 It’s only just begun to have to think hard about what was so special about the two of you laughing in the car. When you look at the picture, you see the happiness and love between you and your partner. But what was it that made that moment in time so special? What were you singing? Now, look at the same picture and imagine that the song you were singing to when that moment was caught was a favorite for both of you. Was it fun and funky? Maybe was it the best sing along song ever?

When those song lyrics are on that specific photo, you’ve captured the best of both. As you look into the picture of that laughter, the lyrics will dance around as if it was yesterday. Song lyrics on photo are more than a memory; they keep us alive by dancing us through time. And when we create the photo from those lyrics, the image will dance with us every time we take a moment to gaze upon it.

What is a song lyric? A lyric is a bunch of words that usually rhyme but we like the beat, so we learn the words. That is until you attach it to something meaningful. The first dance, the song on the jukebox, and the song playing when you got engaged are all moments that created life long memories. The list goes on and on. If you think about it, so many memories are made up of special songs. Photos help us hold on to many of the memories we associate with songs.

Happy times go with happy music; sad times go with somber tunes. Whether it’s happy, laughable or requires a moment with a tear; that special song lyric on a photo will hold that moment in place forever, as long as it’s visible for all to see. It will be extra special for everyone who remembers why the lyrics embedded into that photo are so special.

When a photo is created from words with meaning, the photo takes on it’s own life, right in front of us. Photos from song lyrics will dance around everyone who gazes at the image. It will come alive with memories and notes that we can almost hear as if the songs are playing. At first glance, a photo is a picture of something that meant something from someplace with something special that happened. We often remember things a certain way rather than the way it really was when we look at a photo.

Song lyrics on photos make that photo dance by itself and that dance will help you remember why it was so special! It will dance the happiness that was captured during that moment. The tunes will dance with you and will come alive in your head. Before you know it, you may even be swaying to the music that is playing from the lyrics jumping from the photo in front of you. Song Lyrics in a photo are the Ying and Yang of creating the perfect memory and there is no better way than to capture your moment by bringing it alive so all can appreciate it.

Make Photos out of Words

Dance your dance and capture the pictures that will stop those moments in time. Each tune will define the moment you took that photo and putting song lyrics on photo will combine the musical memories with the picture memories. When a photo is created from song lyrics, every dot in the photo becomes a part of your song. Whether that song will make you want to dance, make you cry or just take you back to the time when you sang that song during that particular moment. Bring your photo to life and give it music to dance.

Hold on to your memories and your songs. After all, a song is a song and when sung there is no wrong. So create that photo from your song so the memory will carry on.

Picture to Words: How to Turn Your Photos Into Beautiful Stories
11/07/2022